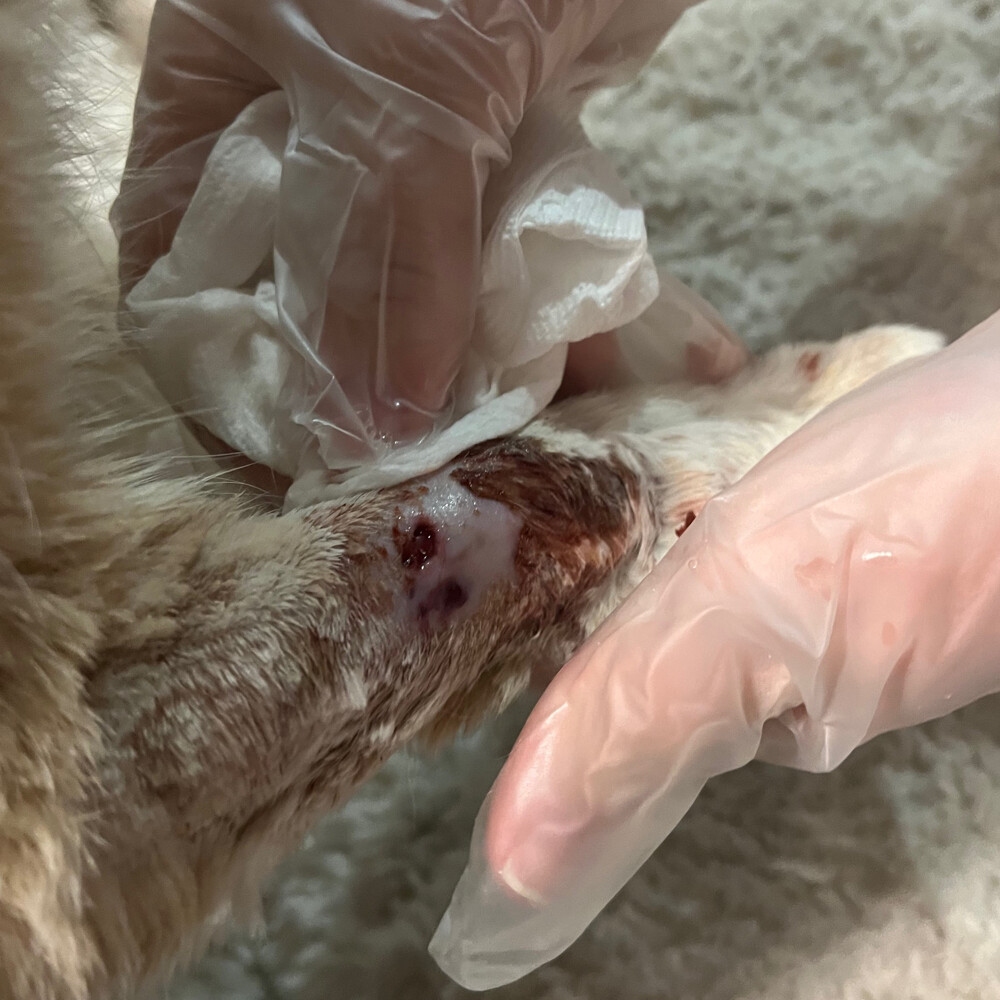 So terrified, he couldn’t stand to be touched. Elvis was in survival mode, fighting for his life.

He was rushed in for emergency vet care and immediately sedated for evaluation, as he was in such a panic. The majority of his body is covered in puncture wounds, with large gaping tears on both sides of his abdomen, his belly, and one of his front legs. These wounds were green with infection, and the vet even found a tooth deeply embedded in one. The vet team removed damaged tissue, cleaned the wounds, sutured any that could be safely closed and placed drains in the worst areas to prevent further infection and abscess.

Elvis is being treated with multiple medications for infection, pain, inflammation and fleas. His wounds need to be cleaned several times every day and he has to wear a cone for the foreseeable future. Once his condition and strength improves, Elvis will need oral surgery to remove multiple broken teeth.

Poor Elvis. Staff were incredibly relieved when he returned to the shelter after his first surgery, starting to show signs of wanting attention and love, and he's let his guard down more every day. He loves being hand fed like a king, and makes biscuits while his wounds are being cleaned. He has the cutest little lip curl where one of his broken teeth catches, which is how he got his name! Who knows what happened to this guy before he was brought in by a kind rescuer, but he’s finally getting the extensive care he so desperately needs.

Will you help give Elvis a second chance at life?

Personal updates for Elvis will be provided to anyone who donates to his campaign.

*Goal includes: surgery and wound management, drains, pain medication, x-rays, flea treatment, oral surgery, neuter and daily care for Elvis until he’s ready for adoption. If his medical costs and cost of care is less than is raised in his name, additional funds will provide care for other animals.