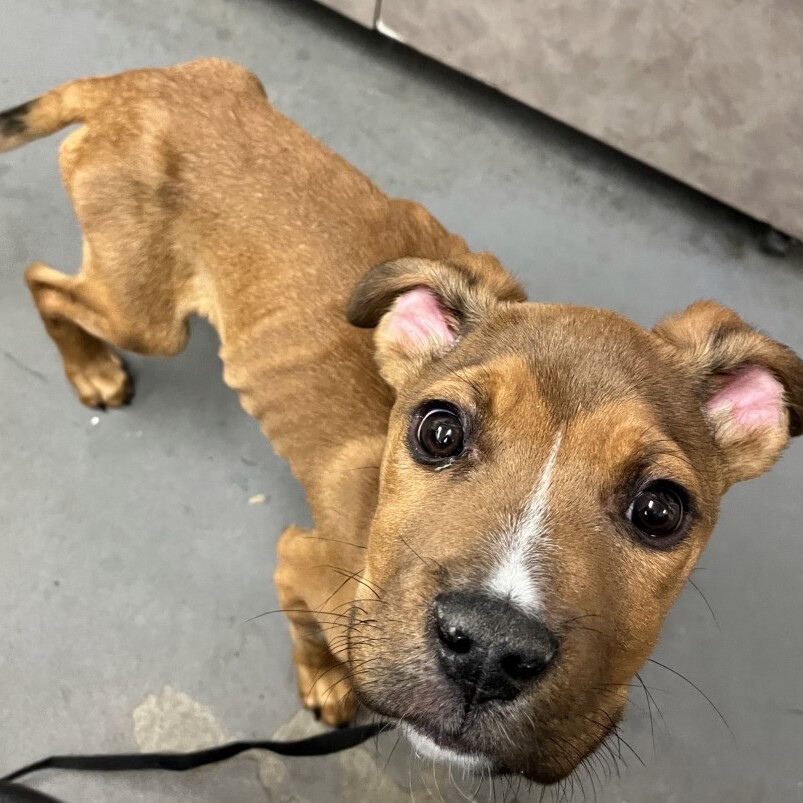 His loving guardian sadly passed away, leaving Wilson on his own. Unable to get aid by himself, he patiently waited for help to come. When Wilson was finally found, it was estimated that he had been on his own for upwards of three weeks.

This tiny, frail puppy was rushed to the vet immediately for round-the-clock emergency care. It’s obvious that Wilson is extremely underweight, each rib visible through his skin. Because he is so emaciated, he’s been started on a special re-feeding diet plan so that he can get back to a healthy weight slowly and safely with the help of his medical team. He’s also gotten IV fluids and special attention from everyone he’s met. In addition to his meal plan, Wilson needs treatment for eye infections, and special soaks for the raw, irritated skin spots on parts of his body.

Wilson’s at the start of what will be a long road to recovery, but he has such a fighting spirit and eagerness to learn, we have no doubt he will be feeling so much better soon.

Personal updates for Wilson will be provided to anyone who donates to his campaign.

*Goal includes: emergency care and IV fluids, re-feeding plan, neuter and daily care for Wilson until he’s ready for adoption. If his medical costs and cost of care is less than is raised in his name, additional funds will provide care for other animals.