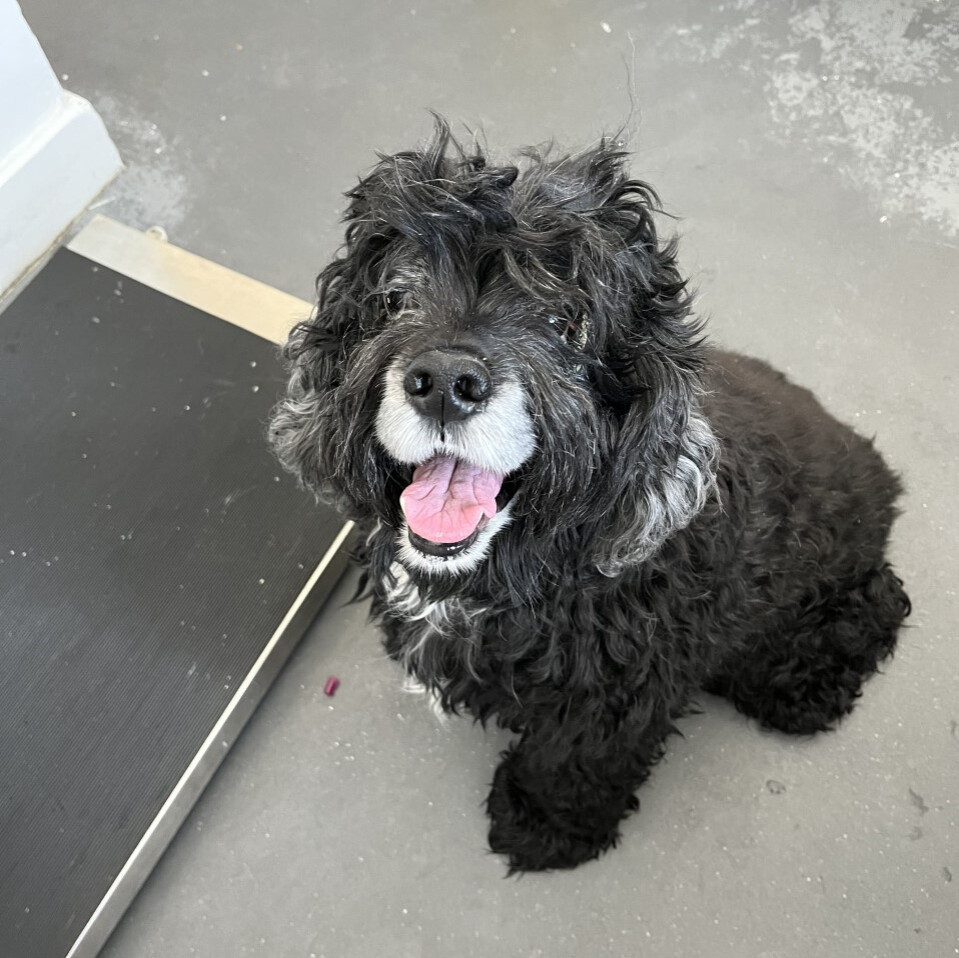 Poor old fellow Jackson has not been able to catch a break! He arrived in our care with so many uncomfortable medical issues going on that needed to be addressed. Shelter staff knew it would take dedication to help nurture this guy back to health.

Jackson was brought to the vet to diagnose all of his issues and help him live out his golden years in comfort. Through x-rays, he was diagnosed with canine bloat, due to uncomfortable gas build up. He was also found to have an autoimmune disorder that’s been attacking his eyes, poor guy, and it’s affected his tear production, making his eyes inflamed and painful. He’s prone to ear infections as well, which can be so irritating and achy when they flare up. As for his mouth health, his teeth are also in rough shape and need a deep cleaning to relieve dental pain that he’s been feeling. For these various issues, Jackson is receiving treatments like pain medication, eye and ear drops.

Finally, the vet team closely examined and tested several lumps on the sides of his face and body. He has quite a large skin tumor on the right side of his face, which is unlikely to develop, however it needs to be removed through surgery so that it doesn’t affect him further in the future.

Despite all of these uncomfortable, irritating and painful issues, and all of the poking and prodding he’s needed to assess them, Jackson is a patient guy. He is an excellent companion, much beloved by his foster family, who he makes laugh on a regular basis with his big personality.

Personal updates for Jackson will be provided to anyone who donates to his campaign.

*Goal includes: vet examination, x-rays, medications, surgery and daily care for Jackson until he’s ready for adoption. If his medical costs and cost of care is less than is raised in his name, additional funds will provide care for other animals.