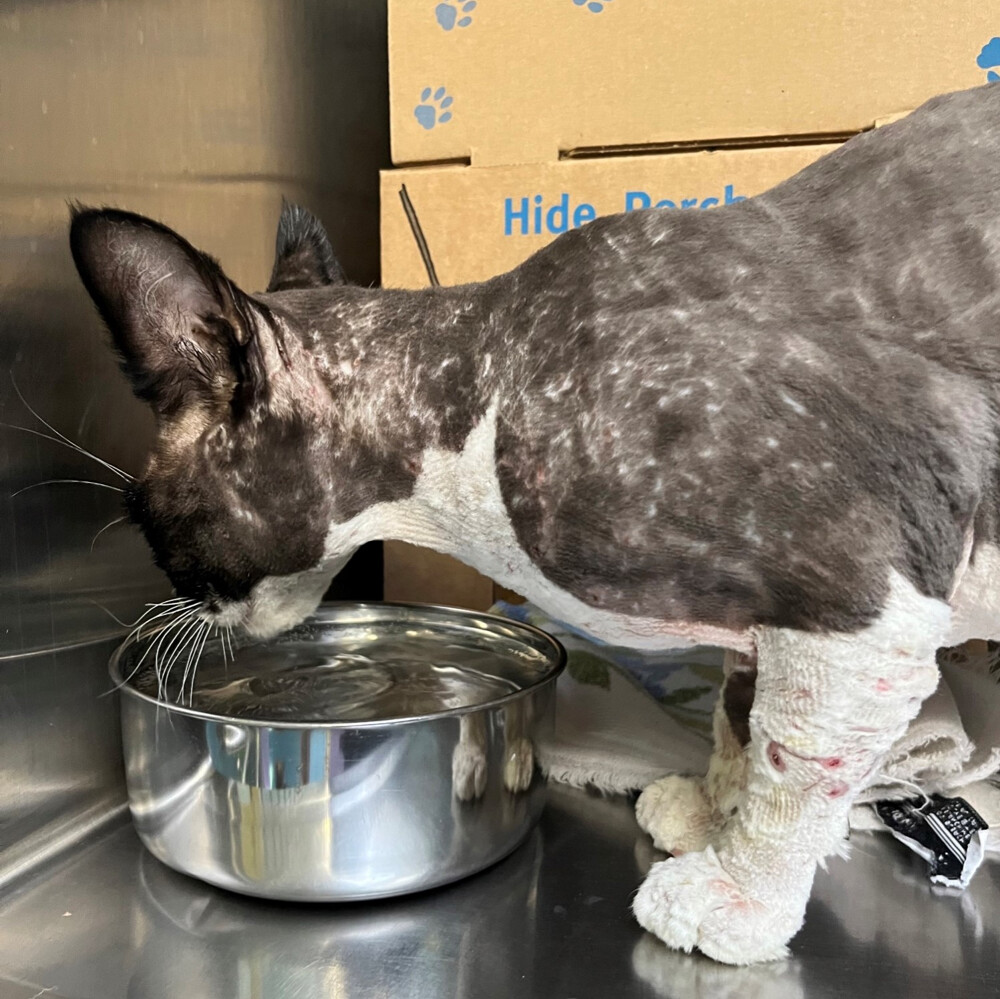 As soon as shelter staff took one look at Zuko, they knew they had to jump into action. He was covered in greasy, foul-smelling motor oil.

He had been found like this as a stray, and even after his kind rescuers tried to clean him up by bathing him twice, it made no difference. The oil had saturated his fur, and it was impossible to get out. He was rushed to the vet to do a full shave and bloodwork. After the vet shaved Zuko, they noticed wounds that required attention and antibiotics to fight infection. He will also need a neuter surgery.

Zuko is a very cuddly and sweet boy. Will you help him get back on his paws?

Personal updates for Zuko will be provided to anyone who donates to his campaign.

*Goal includes: full grooming, antibiotics, neuter and daily care for Zuko until he’s ready for adoption. If his medical costs and cost of care is less than is raised in his name, additional funds will provide care for other animals.