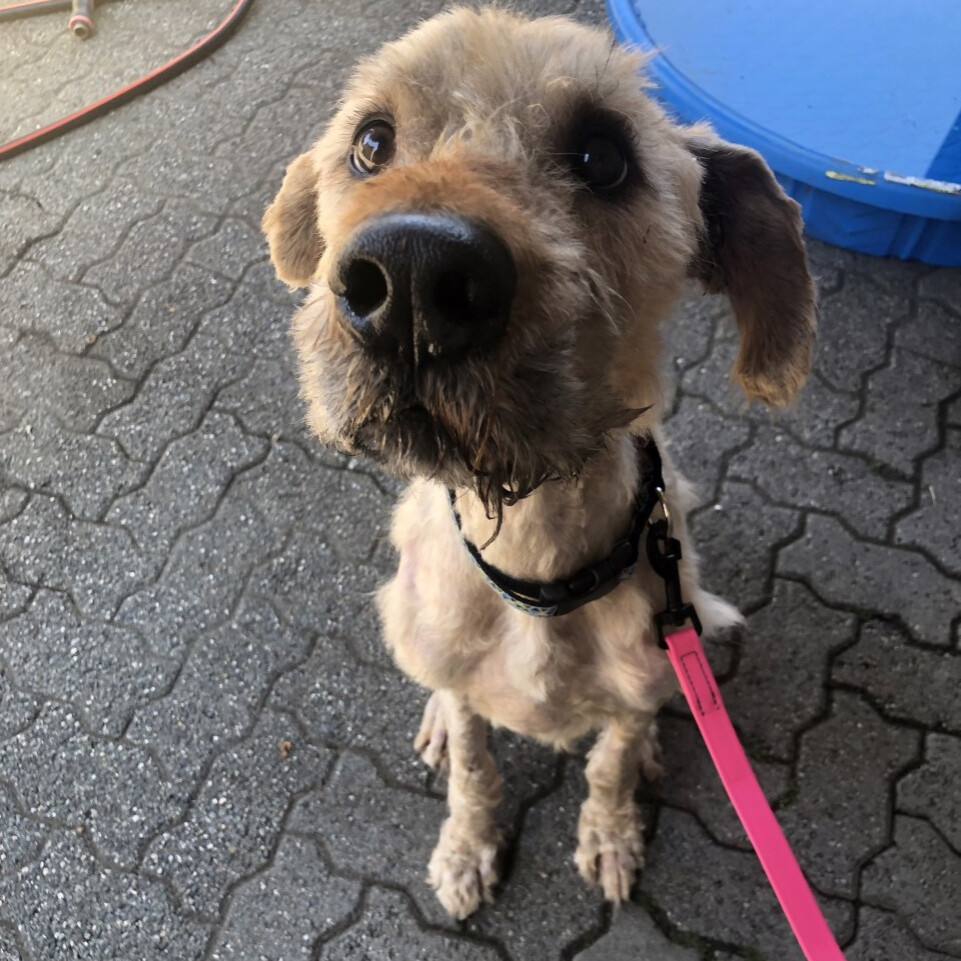 Gator is a six-year-old boy who has not been shown the love he deserves. He was discovered living in an abandoned doggy daycare and very much at death's door. He would not have survived another day if he was not found when he was.

It appears that Gator was left there with another dog by his previous owners. He was found in a kennel full of urine and feces, the living conditions were beyond horrendous. Heartbreakingly, the other dog passed away some time before they were found; poor Gator had to stay beside his friend, who was no longer able to keep him company.

When Gator was brought into care by a BC SPCA officer, branch staff were so shocked at his condition that they couldn’t even tell what breed of dog he was.

He was rushed to the vet where he was diagnosed with a body condition score of only 1/9 and veterinary staff had to carefully trim off almost 4kgs of matted hair and feces stuck to his body. Gator was put on IV fluids to help rehydrate him and get his strength back up.

Gator has many medical issues he is dealing with after being neglected for so long: he has an abscessed ear, grade 4 oral disease, and will need to be on a special weight gain diet to help him be the weight he should be for a dog his age. He’s currently on medications to help with his pain as this poor boy has struggles even walking due to how weak he is.

You would think that Gator would be changed by what happened to him, but he’s a total sweetie. He is so grateful to be saved and absolutely loves people and attention. Branch manager Jodi Dunlop says he has a zest for life and the will to live!

Gator will need at least four weeks of recovery and treatment to help him get to a healthy place before he’s able to find a loving furever family. This sweet boy has been through so much and needs to be shown the love he’s desperately been missing.

Will you help sweet Gator by donating to his care?

Personal updates for Gator will be provided to anyone who donates to her campaign.

*Goal includes: surgery, medication, treatment, regular health check, and daily care for Gator until he’s ready for adoption. If his medical costs and cost of care is less than is raised in his name, additional funds will provide care for other animals.