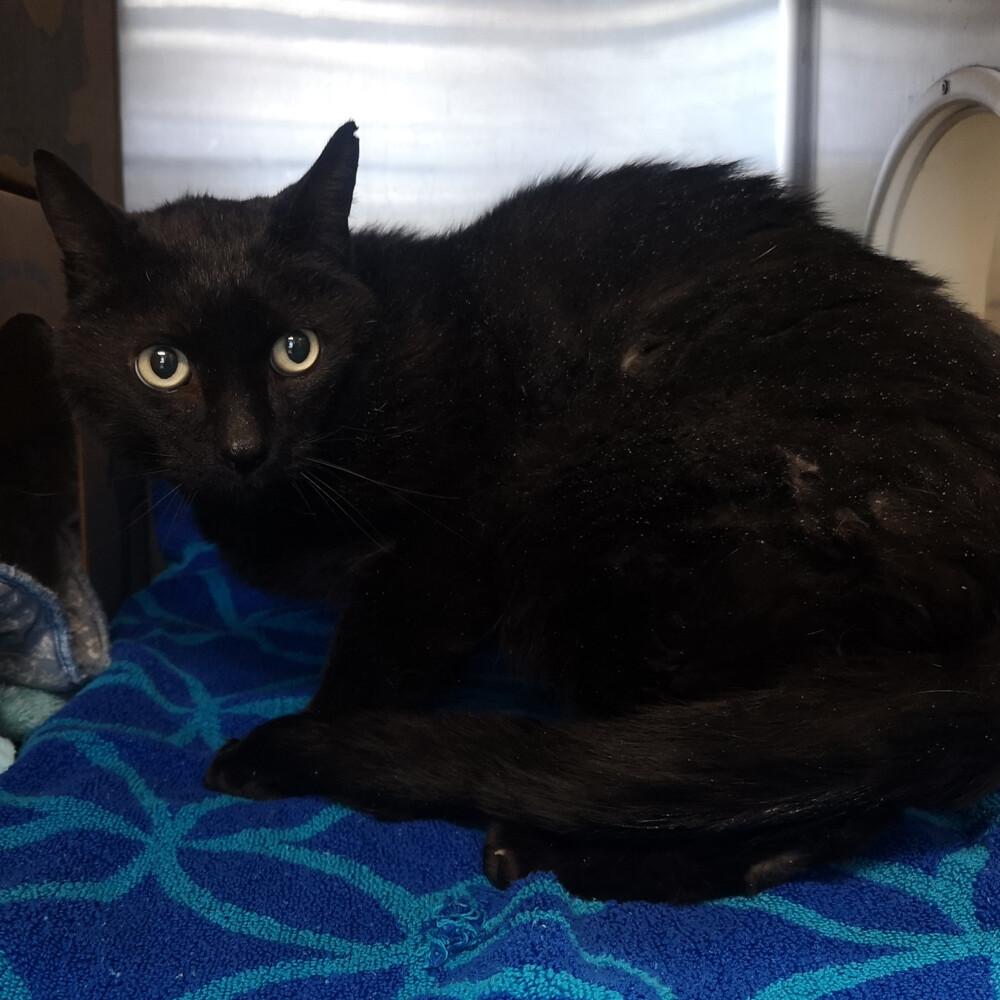 Tater is an eight-year-old cat who came into care with his siblings when their previous owner was moved to a care home. We aren’t sure of his medical history, but it was clear he was in a lot of discomfort. Soon after he arrived branch staff noticed blood in his urine and that he would cry out in pain when he was trying to pee in his litterbox.

Tater’s scans showed that he had a grape-sized crystal in his bladder that needed to be removed by surgery. He will now be on a special urinary diet for the rest of his life and to help him get his weight to a healthy place for a cat his age.

He was very fearful of being handled and it took some time for him to warm up to the idea of anyone helping him. He was anxious in his kennel so branch staff gave him space in a quiet room and he relaxed shortly after. He now craves attention and all the scratches under his chin he can get!

Will you help beautiful Tater by donating to his care?

Personal updates for Tater will be provided to anyone who donates to his campaign.

*Goal includes: surgery, medication, treatment, regular health check, and daily care for Tater until he’s ready for adoption. If his medical costs and cost of care is less than is raised in his name, additional funds will provide care for other animals.