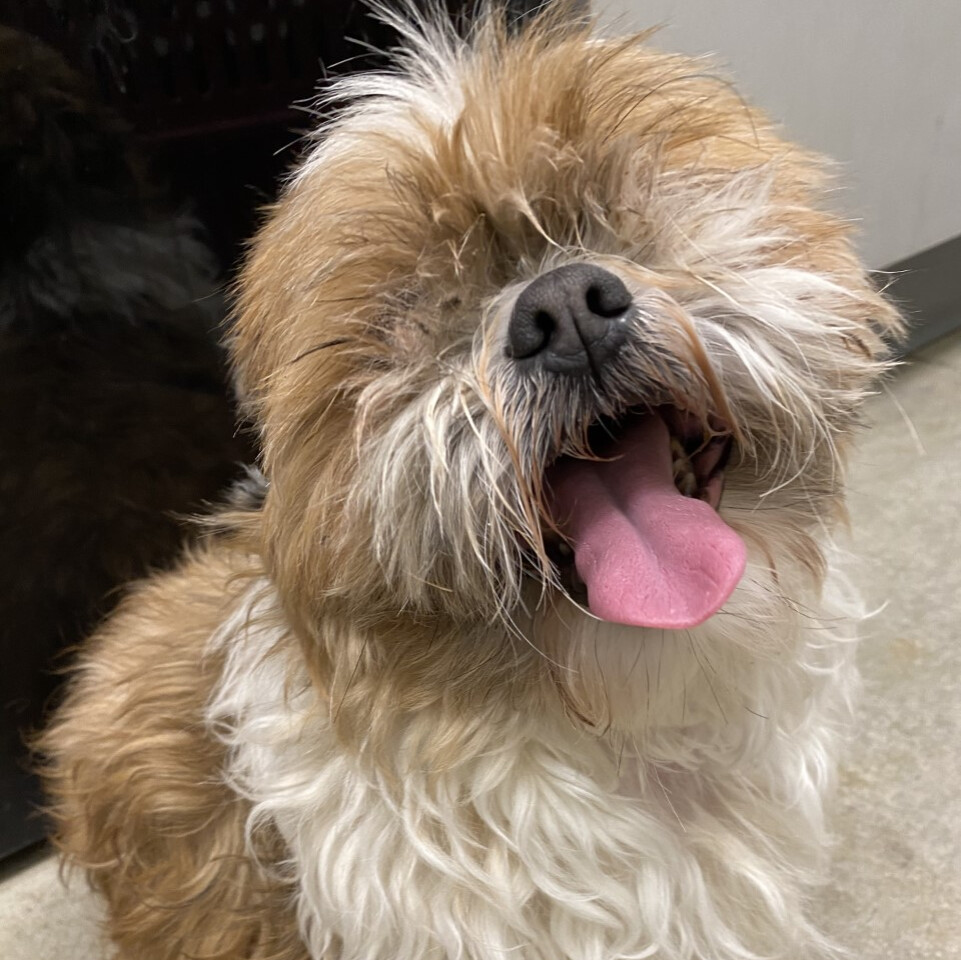 Harley and his dog sister Maggie were recently rescued from a terrible situation along with four cats. All the animals were in desperate need of medical care with extreme cases of oral disease, matted coats, and long overgrown nails.

Harley was initially very and shy and nervous with branch staff when he arrived. He was experiencing obvious pain in his mouth and avoided any touching or contact with his face. Both dogs had their mats shaved and nails trimmed while they waited for his oral surgery. As the pain management and antibiotics began to take effect, these sweet siblings became visibly more comfortable and started to feel safe in the shelter.

As soon as Harley had his dental surgery, his comical personality started to shine through and he became well known for his toothless happy smile. Branch staff were taking pictures of him and he couldn’t help but smile the whole time! He is no longer in chronic pain, and he has a new bounce in his step. Harley is making friends with everyone he meets, human, dog, and cat! He has brightened the hearts of everyone at the branch with his remarkable transformation.

Harley needs a few weeks of recovery time before he & Maggie find their new furever home. Will you help him by donating to his care?

Personal updates for Harley will be provided to anyone who donates to his campaign.

*Goal includes: surgery, medication, treatment, regular health check, and daily care for Harley until he’s ready for adoption. If his medical costs and cost of care is less than is raised in his name, additional funds will provide care for other animals.