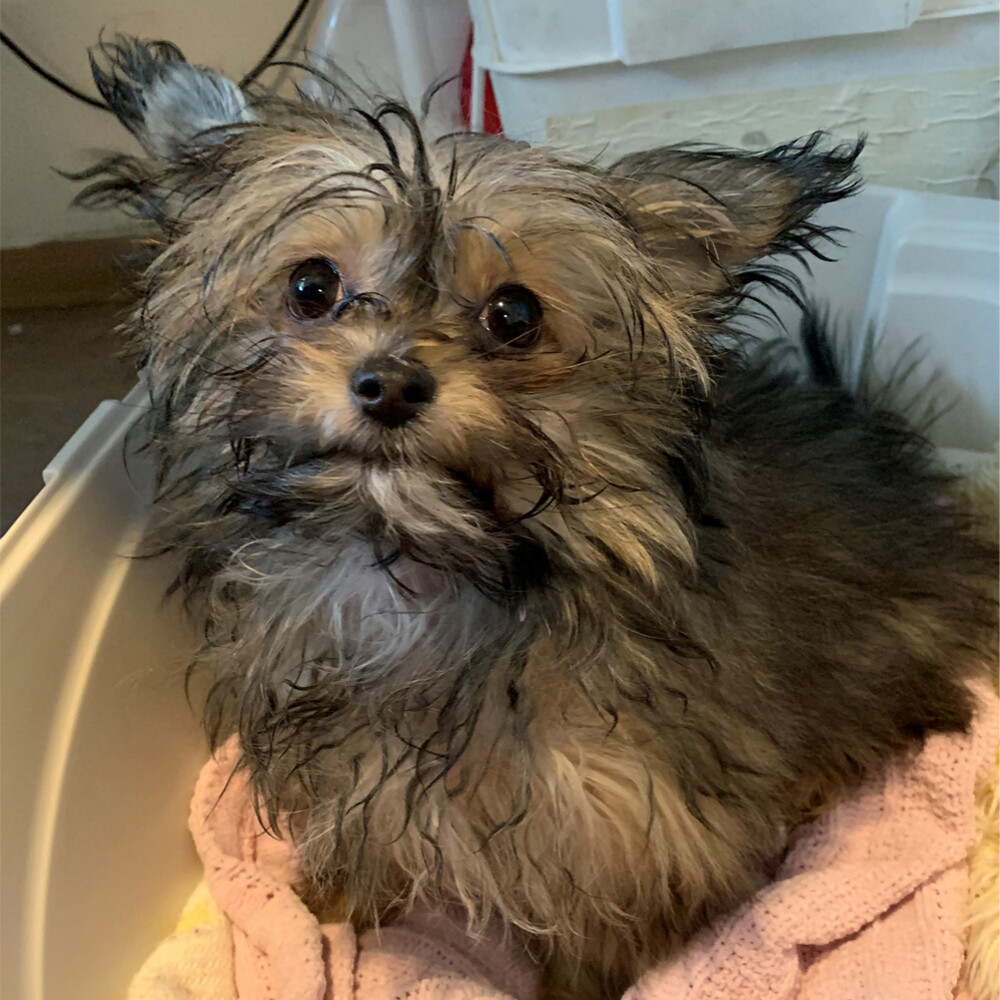 This sweet little pup broke her leg! Tikka’s right hind leg was broken in numerous places after being accidentally stepped on. Tikka required extensive surgery to repair her leg, and she was surrendered so she could get the best possible care she needs.

Upon arrival, Tikka was instantly so friendly with all the branch staff. She would wiggle her little tail even while being in immense pain. Her pain was quickly managed with medication and her leg was stabilized until she could go in for surgery to repair the shattered bones.

Tikka’s coat was also very matted and required a thorough grooming. Once her mats were removed, it was obvious she felt so much better. She recently had her leg surgery, which went very well! She is receiving rehabilitation with a therapist to help restore her mobility and make sure her leg heals properly.

Tikka is such a sweetie; all she wants is to cuddle in someone’s arms where she feels safe and secure. She requires a few more weeks of recovery before she goes in for her spay surgery, followed by finding her new furever home!

Tikka is just a puppy with her whole life ahead of her! She is anxiously waiting for the day she can run, play and jump again. Will you help Tikka by donating to her costly medical care?

Personal updates for Tikka will be provided to anyone who donates to her campaign.

*Goal includes: surgery, medication, treatment, regular health check, and daily care for Tikka until she’s ready for adoption. If her medical costs and cost of care is less than is raised in her name, additional funds will provide care for other animals.